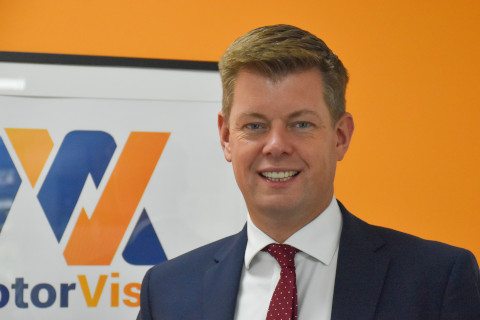 The aggression being displayed by China against the island democracy of Taiwan has the potential to set the automotive industry’s recovery back several years, warns motor trade expert Fraser Brown.

The stand-off has brought into sharp focus the world’s new-found reliance on Taiwan for semiconductors – with the car industry already one of the worst-hit by a shortage triggered by pandemic shutdowns and a rising demand for tech gadgets.

Fraser, who is managing director of consultancy MotorVise Automotive, said: “The global shortage of semi-conductors has already forced manufacturers to cut production or modify models, but it was predicted that the supply of chips would finally meet demand sometime in 2023 with Taiwan’s role assuming a greater prominence.

“However, the disruption may now continue well beyond next year unless the tensions between China and Taiwan are soothed.”

China staged its largest ever series of military drills around Taiwan in response to the visit of US House of Representatives speaker Nancy Pelosi earlier this month, with some analysts warning that China used these as a rehearsal for forced reunification.

Fraser said: “The Pelosi visit has now been followed by the arrival of a US congressional delegation, which may succeed in further ratcheting up tensions.

“However, China is unlikely to impose sanctions on Taiwan’s semi-conductor industry, as it is a major supplier to its own tech sector, as well as that of the United States.

“Russia’s invasion of Ukraine highlights how such conflict can directly impact the global automotive industry – with the closure of plants in Eastern Europe that manufacture both cars and components and increasing the cost of raw materials.

“Whilst Taiwan is equally emotive for China, a conflict dating back to 1948, I hope the leadership adopts a more level-headed view of the damage any escalation would create, in terms of sanctions or the disruption caused by even limited military action.

“I trust this sense of self-interest, driven by the ensuing damage to China’s own economy, will prevail and this is nothing more than a diplomatic storm in a tea cup.

“However, China has for some time pursued a policy of isolating Taiwan from the international stage, seeking to cut it off politically, economically and militarily.

“The danger is that there may come a time when the West must choose between sourcing semiconductors from Taiwan or risking the considerable ire of China.

“It certainly highlights the industry’s reliance on a few places around the world that manufacture chips, and this will hasten the push by Europe to develop its semiconductor sovereignty, something that can only bring greater stability to the automotive industry.”