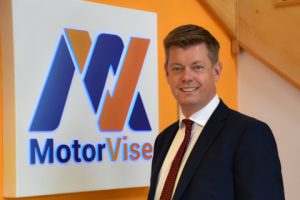 Showrooms and forecourts across the principality are due to remain closed until 9th November as part of its firebreak lockdown.

However, the Welsh government’s definition of non-essential retail – which includes cars, clothes, and furniture – has already attracted a 60,000-name petition calling for an immediate reversal of the ban.

Fraser, who is managing director of MotorVise Automotive, is calling on the Scottish, and UK parliaments, together with the Northern Ireland assembly, not to follow suit – arguing that for most people cars represent an essential purchase, rather than a luxury.

He said: “Closing car dealerships would be a terrible injustice and not a sound application of the science, given they are one of the safest of all retail environments.

“Just what is classed as essential and non-essential seems completely arbitrary, as we have seen in Wales, which has resulted in thousands of people questioning the whole rationale.

“Getting about by car is essential, especially when many continue to be anxious at the prospect of using public transport, or for those living in areas with non-existent or limited services.

“The fact there has been such increase in used cars sales since showrooms reopened proves the point – and currently this spike in sales shows no sign of abating.”

He added that dealerships had been prepared with a raft of covid-safe policies and  procedures once showrooms were allowed to reopen in June – measures that have continued to keep both staff and customers safe and are a major factor in the ability of businesses to respond positively to demand.

“Many have already developed a strong online service, where vehicles can be ordered, financed or paid for online and delivered to the customers’ door.

“Despite this many still prefer to come to a dealership and see the vehicle concerned when it comes to such a major purchase. Any further extended showroom closures would prove catastrophic for many dealerships, which have acted responsibly.

“Having spoken with many dealers during and after the spring lockdown it became apparent that some continued to take orders at about 60 per cent of their normal rate. So how did they do it?

“Many kept their best salespeople in the business and they kept taking orders over the phone, online and via video calls – retaining that vital customer communication and making it clear they were open for business remotely.”

“A repeat of this approach is important if dealerships are to emerge from any further closure. But let’s be clear, such measures will result in further job losses and dealership closures – resulting in less choice and competition for the customer.”