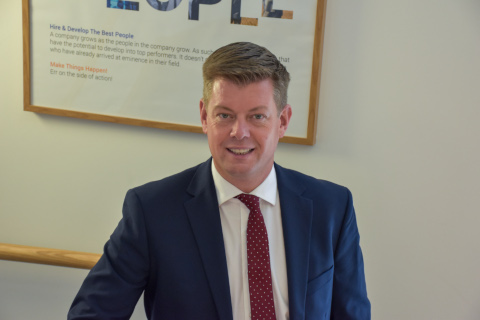 The fragmentation of larger car dealership groups is set to continue as interest grows in the mergers and acquisitions market, says motor trade expert Fraser Brown.

Several significant deals have already been made over the past three months – a trend largely determined by how dealerships chose to respond to the reopening of showrooms following the relaxation of COVID-19 restrictions in early June.

They include a string of dealership disposals by Inchcape while digital dealer Cazoo bought out used car supermarket group Imperial Cars.

Fraser, who is managing director of MotorVise Automotive, said: “We are definitely beginning to see a divide in the pack, with significant activity in the mergers and acquisitions market.

“It is mainly being led by those medium-sized dealer groups that emerged strongly from lockdown and were in a position to deliver impressive profits from their sales and servicing activities.

“What we are seeing is a disintegration of some of the large dealership groups, which are being bought up piecemeal, as they seek to restructure by disposing of some of their more peripheral franchises.”

This begins to reverse the trend of the last few years towards large-scale operations, which by their very nature, require extra layers of management and controls that are a drain on profits.

Added Fraser: “Some of these dealership groups have simply grown far too rapidly, making them less responsive.

“Some franchises within these groups are being snapped up by the car supermarkets, which have particularly benefitted from the boom in used cars.”

He said that the foundation for the mergers and acquisitions trend was laid back in May and June when dealers decided which of two opposing views they would take on how to emerge from lockdown.

“They were the dealers that, early on, took the decision to fully restore their sales teams and ramp up marketing activities.

“Others operated limited sales teams, skimped on marketing and generally cut their operations to the bone. This left them vulnerable and unable to take advantage of the opportunities – including the arrival of the 70 plate.

“Many of those medium-sized dealers that made aggressive returns to profitability found themselves in a position to take advantage of the situation, and the low cost of capital, to further strengthen their position through rationalisation and consolidation.

“However, this is not only dependent on liquidity but also having effective management techniques, access to showroom software and high standards of staff training guaranteeing a productive team.”