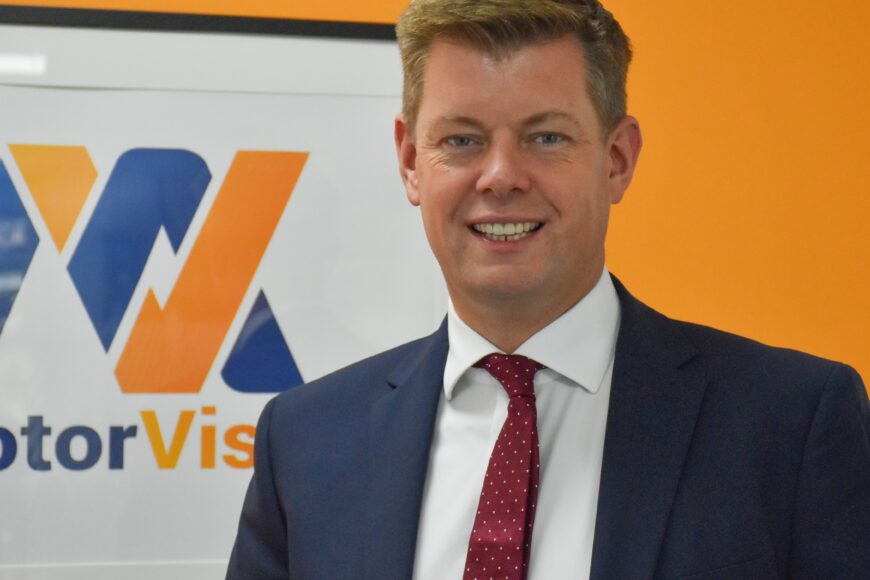 Never has the UK motor trade experienced such a swing in the market, says Fraser Brown of MotorVise.

Years of limited supplies of new vehicles combined with huge consumer demand since the end of the first 2020 lockdown created a pressure cooker market for motor retailers.

However, this week the strong message from all the dealer group directors I’ve spoken with is that new car orders have simply fallen off a cliff.

This sudden lack of interest has been created by a perfect storm, the main one being a huge increase in availability of new car stock, with many manufacturers having a glut of less desirable and lower-spec models sitting at the docks.

In addition, new car prices have increased between three and five times over the past 12 months, while the industry has witnessed reductions in incentives, with low or non-existent finance deposit contributions, higher finance rates, and lower part exchange prices – all resulting in huge jumps in monthly payments for customers to upgrade their cars.

For example, the payment on a small car three years ago might have been £189 per month on personal contract purchase. Today, that figure is likely to be more than £300 per month.

Even the gold mine of equity parity finance renewal is drying up because customers can’t afford to double their payments for a newer version of the same car. So even when a dealership has a customer in the showroom, conversion ratios to sale have dropped, making life much harder.

With less popular models stacking up at the docks, car plant production lines continue to churn out inventory and given a reduced global demand, something must give.

However, I’m confident that consumer confidence will return by late spring, as interest rates begin to fall as gloomy media forecasts regarding the UK economy start to dissipate – which given the available supply of vehicles could signal a return to the boom times for car retailers.

According to Morgan Stanley, the pound could be one of the best performing financial assets of 2023, but if it strengthens, we will see car production for the Eurozone diverted to right hand drive as manufacturers earn more for the cars in the UK.

This would normally result in excellent consumer incentives in the form of PCP finance deposit allowances, and the return of pre-registration exercises with significant bonnet bonuses paid to dealers to register cars. Just look at 2001, which was a bonanza time for car dealers as the pound strengthened. Can history repeat itself?

The good news is that prospects in the used car market remain positive as values are predicted to further soften later in the year, which means stock turn and speed of preparation and having an effective automated vehicle progressor system will be crucial for dealerships.

Mercedes Benz is one of the first to implement the agency retail or direct consumer model, two weeks in and I doubt many more will make the leap. It’s great when demand is ahead of supply, but nothing ties up cash like unsold cars.

Manufacturers end up balancing cash flow with profit and without a dealer network of independent franchised dealers able to buy, register and hold cars, manufacturers end up with nowhere to go with undesirable inventory other than the expensive route of dumping stock at huge discounts to fleet companies. Just look at what Tesla was forced to do in December, registering huge quantities of cars with no end user to fleet companies at huge discounts.

For the nimble, quick to respond, dynamic, go-getting dealer groups, 2023 could present many superb opportunities.  For the cup half empty dealers looking for excuses as to why they are not performing, 2023 will be a great harvest of reasons for poor performance!

So, what actions do car dealers need to take?

Sales and Marketing: Proactive retailers who seize the opportunities will prosper. Dealerships with cash in the bank to register cars will do well in the second half of the year while those running sales events and marketing their databases as early as possible will do well in the first half. 2019 was a huge market and many of those customers will look to change their cars this year, so keeping close to your database and marketing to them regularly is a must.

Retail Finance: When renegotiating finance deals with finance houses, don’t negotiate a year’s deal, rather go for three or six month deals as interest rates are likely to fall later this year as the Bank of England stimulates growth to pull the nation back from recession.

Aftersales, maximise profit from available hours: Limited availability of technicians and limited workshop hours is a key complaint from aftersales directors. To maximise the return from available workshop hours, change the booking in process to fast track existing and loyal customers and focus on profitable service and MOT bookings – maximising profits until you can address your technician shortage

Technician shortages: To address the shortage of technicians, every dealership should have one apprentice for every two technicians, otherwise this situation will only grow worse. Attracting technicians is a key issue, and a golden handshake could prove a successful tactic. Alternatively, technicians can switch to a 10 hour four day week, which allows use of the ramp 10 hours per day instead of eight. This frees up one in five ramps, encouraging greater productivity and offers technicians a more flexible approach.

Used Cars: As pre-registered vehicles appear in the market place and financial incentives on new cars release part exchanges to the market, values may begin to soften. When this happens speed of preparation, stock turn and daily price checking and amendments will be critical as overaged cars will once again become loss makers.